James Piorkowski’s live performances have been described as "expressive and stupendous" -The Gleaner, (Kingston, Jamaica), and his recitals have been heard in Spain, France, Germany, the Czech Republic, Hungary, Slovakia, Slovenia, Puerto Rico, Venezuela, Jamaica, Canada, and throughout the United States. From 1982-2000, he was a member of the internationally acclaimed Buffalo Guitar Quartet.

James Piorkowski studied composition with Anton Wolf and Donald Bohlen, and has had classes with Aaron Copland, Jacob Druckman, Lucas Foss, Morton Feldman and Milton Babbitt. Of his writing style, Buffalo Magazine wrote, "His music evokes comparisons to jazz icons because of his refusal to adhere to idiomatic pigeon-holing" and Classical Guitar Magazine (UK) stated, “his compositional skills are illustrated in a very favourable light, with his work conjuring up musical imagery, extending through a whole assortment of emotions from jubilant and rhythmic, to the impressionistic.” His compositions have been published by Mel Bay Publications, Seconda Prattica, Clear Note Publications, and Sergio Assad/Editions Henry Lemoine.

James Piorkowski is a SUNY Distinguished Professor at the State University of New York at Fredonia, serving as head of the guitar program. 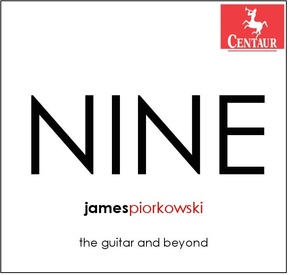 Click on the logo above for information about the guitar program at the Fredonia School of Music.
Proudly powered by Weebly